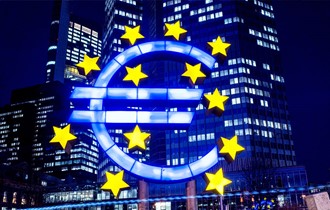 The protection of the European Union’s financial interests holds a prominent place within the EU’s institutional framework, as is historically evident from the inclusion in EU primary law of the requirement that Member States ensure their effective protection, equivalent to that reserved for their national counterparts (Miskolczi, 2019, 165., Kaiafa-Gbandi, 2019, 52.).

We must recall that the approach according to which criminal law falls outside of the scope of competence of the European Communities (hereinafter: European Communities/EC) and that the Member States did not explicitly transfer their sovereignty to the EC in the field of criminal justice, therefore the EC does not have its criminal legal system (Weller, 1998, 331.), dominated for a long time in the history of European integration (see also Haas, 1958., Rosamond, 2000.). Up until 1993 – when the EU was established and the Maastricht Treaty entered into force (Várnay & Papp, 2010, 54.) –, there was hardly any consideration as to whether a community-level criminal law and the harmonisation of the Member States’ criminal law rules were necessary, and even afterwards, this question arose only in connection with the possible means of protection against frauds infringing the EC’s financial interests (Farkas, 2018, 75., see also Madai, 2011, 265–275.).

As regards the Hungarian regulation, on the road leading to the establishment of the legal definition of budget fraud currently in force in the new Criminal Code (Act C of 2012), the effective protection of the budget of the EU or EC as a need was the most pronounced among the factors which brought about the formulation (Miskolczi, 2018, 99.).

In the following, we aim to summarise the outline of the development of budget fraud in Hungary in two parts.

Outside the EU – Among the Initial EU Expectations

The legal framework established by the Convention and its protocols has been complemented by general measures in the field of criminal law applicable at the Union level, including in matters relating to the protection of its financial interests, regarding the confiscation of any instruments, proceeds, or other property related to crime, as well as combating other illegal activities affecting the licit economy, such as money laundering and corruption (Tudor, 2017, 173.). As follows, two main directions have been developed: either the assimilation of the financial interests of the EU with the national interests, as some Member States did, or the adoption of specific legislation on the protection of the financial interests of the EU, as the other Member States did (Elek, 2019, 224–225.).

Regarding Hungary, it was required to ensure the criminal protection of the EU’s financial interests even before the accession of the country to the EU, as the PIF Convention and its protocols – among other reasons, as several pre-accession funds were available for the candidate countries through which the EU’s budget could potentially be damaged (Madai, 2010, 97.) – were between the EU documents which had to be implemented by all the pre-accession States. Although Hungary has formally ratified the PIF Convention only in 2009 by Act CLIX of 2009, to ensure compliance with the Convention, the individual criminal offence named “Infringing the financial interest of the European Communities” was incorporated in the former Criminal Code (Act IV of 1978) by Act CXXI of 2001. It is also worth noting that in the context of the phenomenon under review, a completely new economic-social environment was formed from the mid-1990s in Hungary. The term white-collar crime has appeared, and the issue of interconnected Value Added Tax (hereinafter: VAT) fraud strengthened (Balláné Szentpáli, 2020, 67.).

By applying the above method, the Hungarian legislator fulfilled its obligation, since the definition used was consistent with the text of the PIF Convention. Despite this, it can be established that the solution chosen by the legislator was not the most fortunate one, since it did not harmonise the created legal definition sufficiently with the already existing similar legal definitions, as a result of which the legislator made unjustified differences between the protection of the national and the EU budgets in multiple respects, and numerous distinguishing issues also arose in connection with the criminal offence. The distinguishing was made more difficult for example by the fact that the legal subject of three criminal offences included therein was partially identical, and that the nature of the criminal conduct of all three criminal offences included the making of false statements or misrepresentation specified in some other form (Miskolczi, 2007, 33–35.).

Besides, both the legislator and the case law failed to interpret several important concepts, including – among others – the concept of “aids” and “payments to the budget” (see Pfeffer, 2016, 130–131.) which were newly incorporated in the legislative text from the Convention (Miskolczi, 2018, 99.), and the legal definition did not find its place in the former Criminal Code either (it could be found among economic crimes, in the newly created Title IV, under the subheading “Miscellaneous provisions”).

For all of the above reasons, the consideration of the solution was ambivalent among the legal practitioners, and although the application of the law did not cause any problems concerning EU aids, the criminal cases initiated regarding payments made to the EC budget were missing. And this was not desirable by the EU either – in addition to the Hungarian legal practitioners – especially because in the fight against the crime which was considered as one of the most important driving forces behind the criminal law harmonisation (Jacsó & Udvarhelyi, 2018, 327.), the PIF Convention aimed explicitly at efficiency, through uniform concepts and proportional sanctioning, etc. (Miskolczi, 2018, 99.).

The study was made under the scope of the Ministry of Justice’s program on strengthening the quality of legal education.

Source of the image used:

27 April 2022 (euronews.com)
EU accuses Russia of 'blackmail' as it cuts gas tap to Poland and Bulgaria

22 April 2022 (euronews.com)
Europe moves one step closer to a worldwide phone, tablet and laptop charger in knock to Apple [Sz.B.B.]

17 March 2022 (euronews.com)
Orban is trying a daunting balancing act over the Ukraine war

9 March 2022 (reuters.com)
Russia will no longer participate in Council of Europe [M.P.]

1 March 2022 (euronews.com)
Brussels will apply a never-used EU law to host Ukrainian refugees. How does it work? [Sz.B.B.]

Tax ruling: Advocate General Priit Pikamäe urges the Court to annul the judgment in the Fiat State aid case
European Parliament declares Polish Constitutional Tribunal illegitimate in the face of threat to the primacy of EU law
Three new cases: State aid for airlines - were they justified in view of the impact of the pandemic or not?
Amazon won, but Engie lost the court appeal in Luxembourg tax cases
Advocate General: national legislation or judicial practice precluding judges from referring questions to the Court of Justice is incompatible with EU law