The dispute settlement mechanism between investors and states provided for by the free trade  agreement between the EU and Canada (Comprehensive Economic and Trade Agreement, CETA) is compatible with EU law, the Advocate General of the European Court of Justice (ECJ) concluded on Tuesday (29 January), dismissing previous concerns. The agreement does not adversely affect the autonomy of EU law and does not affect the principle that the ECJ has exclusive jurisdiction over the definitive interpretation of EU law.

On 30 October 2016, Canada and the EU and its Member States signed the CETA, containing detailed provisions on trade and investment. Key to proceedings here, the Parties agreed as part of their deal to create a system by which investors and States could settle disputes over the interpretation and application of the

agreement (Investor State Dispute Settlement System, ISDS). In that context, what is envisaged – as one of the CETA’s innovations – is the creation of a Tribunal and an Appellate Tribunal and, in the longer term, a commitment to the establishment of a multilateral investment tribunal. The aim is thus to establish an Investment Court System (ICS), which, in line with the Commission’s objectives to transform investment treaty arbitration into a court-like system, departs from several long-standing features of investment arbitration, including Party-appointed arbitrators and the absence of an appeal mechanism.

More precisely, on 13 September 2017, the Commission introduced a recommendation for a Council decision authorising the opening of negotiations for a convention establishing a multilateral court for the settlement of investment disputes (Multilateral Investment Court, MIC), with the aim of „having one, multilateral institution to rule on investment disputes covered by all the bilateral agreements in place” rather than one bilateral investment court for each free trade agreement. The Council formally gave its agreement on 20 March 2018, though the possibility of replacing the various ICSs by a single MIC had already been provided for by the CETA, the EU-Singapore Free Trade Agreement (EUSFTA) and the EU-Vietnam Free Trade Agreement (EUVFTA). International negotiations are taking place in the framework of the UN Working Group under the United Nations Commission on International Trade Law (UNCITRAL), which had identified the setting up of MIC as an „option for reform” of investor-State dispute settlements at the occasion of its 50th session last July. On 18 January 2019, the EU and its Member States submitted two papers to the working group. The first paper sets out in more detail the EU’s proposal of establishing a MIC whilst the second proposes a work plan for the process of the working group. The EU papers are a contribution to a multilateral discussion on ISDS reform with broad and inclusive participation of all countries and stakeholders and it remains to be seen whether the EU will gather sufficient support from its trading partners.

Investor protection – and in particular, the above-mentioned system of tribunals, as we wrote here – became a focal point of protests against CETA when EU countries were deciding whether to back it in 2016. In autumn, the same year, the Belgian region of Wallonia threatened to block it, but Belgium persuaded it not to do so in return for certain concessions – including a request for the ECJ to give its view (full implementation of CETA in any case requires the approval by all 28 EU member countries and, for Belgium, also regional 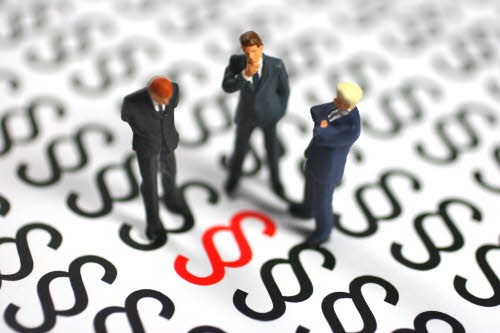 parliaments). Critics of the deal said that its provisions on investor protection give too much power to multinationals, letting them sue public authorities in special courts and effectively allowing them to dictate public policy. On 6 September 2017, before ratifying CETA Belgium asked the ECJ to assess the compatibility of this ICS with EU law (although it took no official position on the merits of its questions). The request for an opinion is structured around the following three issues: the jurisdiction of the Court, the principle of equal treatment and the requirement that EU law is effective, and the right of access to an independent and impartial tribunal.

First, Belgium observed that the ICS allows the CETA Tribunal to examine the compatibility of the provisions of secondary EU law with the relevant provisions of CETA. Advocate General Yves Bot  opined that the ICS provisions of CETA did not undermine the principle that the ECJ has exclusive competence to provide the definitive interpretation of EU law. In that regard, the Advocate General states that the reason for the establishment of a dispute settlement mechanism is the requirement of reciprocity in the protection afforded to the investors of each Party and that is consistent with the agreement not having direct effect. The Advocate General considers that the safeguards surrounding the establishment of the dispute settlement mechanism are sufficient. The Tribunal has a narrowly circumscribed jurisdiction, namely, in the event of a breach of the relevant provisions of that agreement by one of the Parties, granting compensation to the investors suffering loss.

Moreover, the Advocate General states that the dispute settlement mechanism does not affect the role of national courts and tribunals of ensuring the effective application of EU law. He noted that whilst the CETA Tribunal can interpret EU law, it must follow the prevailing interpretation of domestic law of a Party by the courts or authorities of that Party, and the meaning it places on domestic law (including EU law) cannot bind the courts or authorities of a Party. He concluded, accordingly, that „the CETA Tribunal cannot therefore issue binding interpretations of EU law”. The award therefore is „binding between the disputing parties in respect of that particular case” and the ECJ will retain jurisdiction to give a definitive interpretation of EU law.

Second, Belgium observed that the ICS under CETA could be seen as providing for a preferential judicial process for Canadian investors. The Advocate General rejected the notion that the ICS infringes on the general principle of equal treatment in respect of access to the dispute settlement mechanism and dismissed the possibility that by virtue of that access a Canadian investor may evade the financial consequences of the application of EU law. According to the Advocate General, the situation of Canadian investors who invest in the EU is not comparable with the situation of European investors who invest within their own economic area. Only the investors of each Party who invest in the territory of the other Party are in comparable situations.

Third, rejecting the Belgian argument, the Advocate General also considered that the ICS did not undermine the right of access to an independent and impartial tribunal. The Advocate General referred to the procedural safeguards in place to ensure access to the ICS by small and medium-sized enterprises, such as the ability to request that a sole Member of the Tribunal hear the case to keep costs down; the CETA Tribunal’s general discretion over costs; and the fact that the CETA Tribunal does not have exclusive jurisdiction over actions brought by investors – small and medium sized enterprises can still bring proceedings before domestic courts or tribunals where domestic law contains adequate standards of protection.

volume and complexity of litigation brought, the other of which is fixed. The Advocate General considered that this system was appropriate for the hybrid nature of the ICS and the fact that CETA Tribunal members will initially not be working on a full-time basis. Finally, the Advocate General stated that CETA has specific rules in place regarding the appointment and termination of CETA Tribunal members to guarantee their independence and impartiality, and that these rules are appropriate to the specific characteristics of the ICS’s hybrid nature.

The opinion is likely to shape the future of extra-EU investment arbitration, as the Advocate General highlighted that „what is at issue here is the definition of a model which is consistent with the structural principles of the EU legal order and which, at the same time, may be applied in all commercial agreements between the European Union and third States.” It will affect future international agreements negotiated by the EU, notably, it will have a strong impact for the Commission’s plans to establish a MIC (discussed above).

If the opinion is adhered to by the ECJ, it confirms the viability of the EU’s mooted ICS in terms of its co-existence with the EU legal order, and permits the EU to continue to pursue adoption of the ICS on a wider scale across all of the EU’s trade agreements. The Advocate General’s opinion is not determinative – the ECJ’s judgment is anticipated later this year.  Although the ECJ usually follows the opinion, the divergence of views between the Court and Advocate General Wathelet in Achmea was a striking example that this pattern admits exceptions. In its Achmea ruling (Case C-284/16 of 5 March 2018), the ECJ held that the EU has competence to conclude agreements establishing an international court „provided that the autonomy of the EU and its legal order is respected”.

Pending the ECJ’s ruling and the completion of the necessary ratification process, CETA provisionally entered into force on 21 September 2017 with the exclusion of the ICS – among other controversial provisions.

Source of the images used:

25 November 2019 (index.hu)
Hungarian government: We are not asking you about the climate because we care, but because we have to [Sz.D.]

24 November 2019 (euronews.com)
Responding to Judit Varga: Separating facts from propaganda about the rule of law [Sz.D.]

26 September 2019 (index.hu)
Hungarian and Romanian nominees for European Commission rejected due to conflicts of interest [Sz.D.]

24 September 2019 (index.hu)
To defeat climate change, we must first defeat ourselves [Sz.D.]